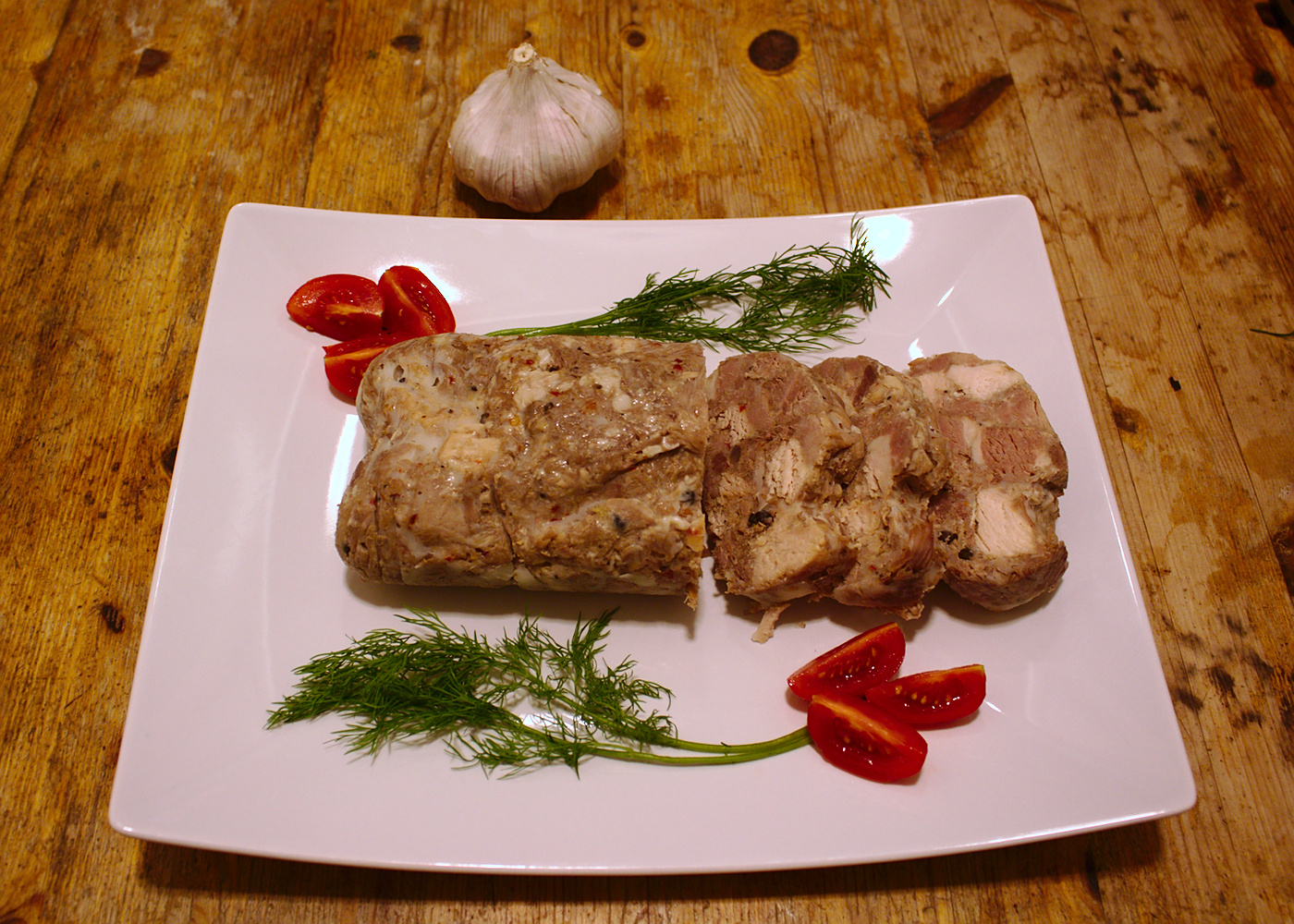 Wednesday, October 4, 2017
A necessity that turned into a delicacy and a must-have meze.

While living abroad, I often feel the need for Greek food, so when I go back to Greece for vacation, I always stuff my suitcase with all kinds of traditional food and drinks on my way back. Tsipouro (an alcoholic drink made from grapes) and kavourmas, which is one of my favorite meze have a permanent spot in my suitcase. They are a match made in heaven but usually they both run out really fast. Fortunately though, it is easy to make kavourmas at home, and so I did.

Kavourmas (or kavroumas) is a Greek cold cut meat with a bit of fat and added spices. Similar to many Greek dishes, the name originates from the Turkish word kavurma, which means to roast or saute. Traditionally kavourmas was used as a way to preserve meat without the need for a fridge. People living in villages used (and some still do) to raise their own pigs for meat. After they slaughtered the pigs, they boiled the leftovers and stored them in clay pots, covering the meat with fat in order to preserve it. This way the meat would last throughout the winter. 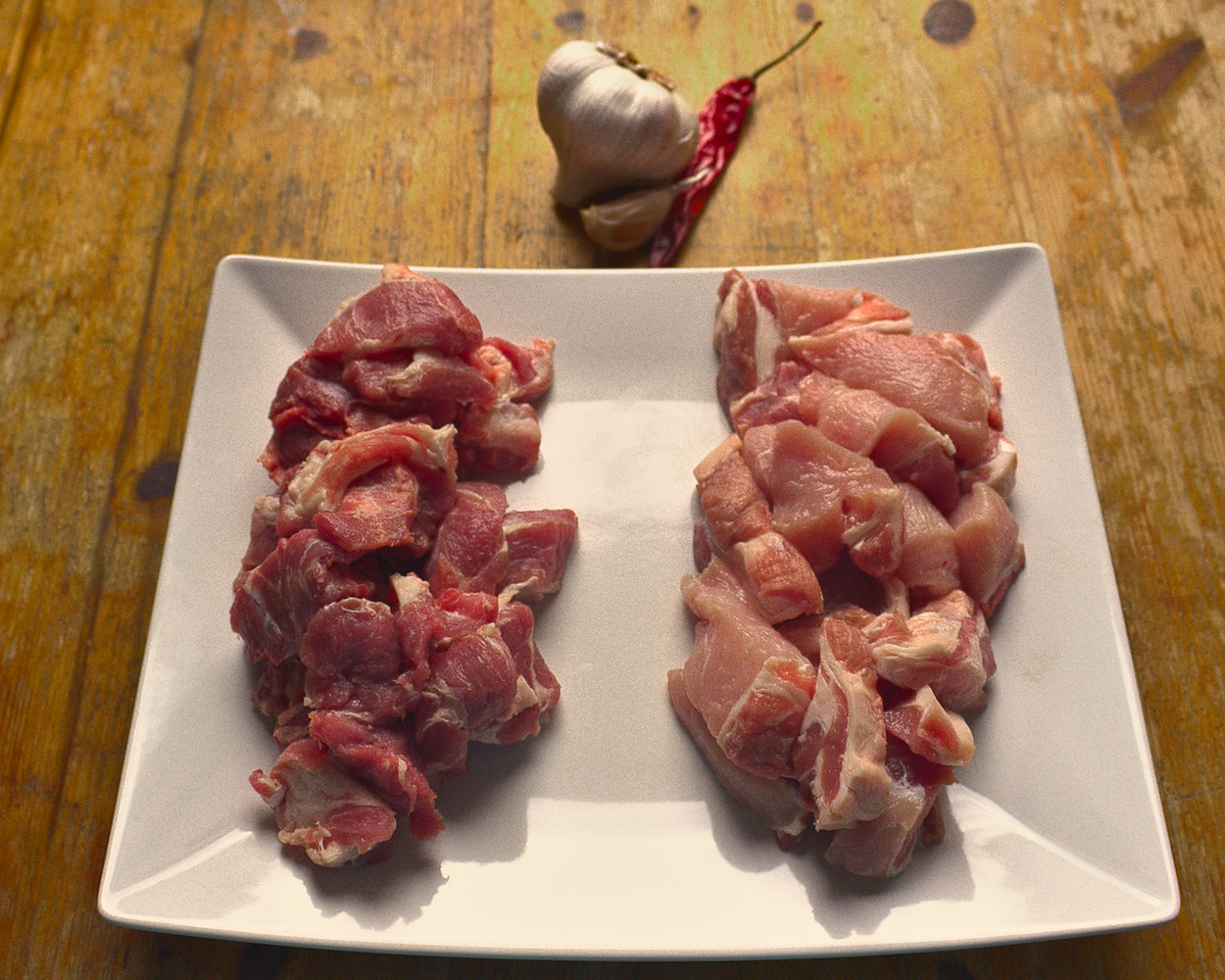 Nowadays, when everyone has at least one freezer at home, there is no need to cover the meat in fat in order to preserve it. However, since kavourmas is very tasty, people still make and use it for cooking. There are also multiple variations using different kind of meats such as beef, lamb, buffalo, and even combinations of them. Kavourmas over the years transformed from a necessity to a delicacy.

Although it consist from tasty meats, the true flavor comes from the spices. After some experimentation I ended up with the following: 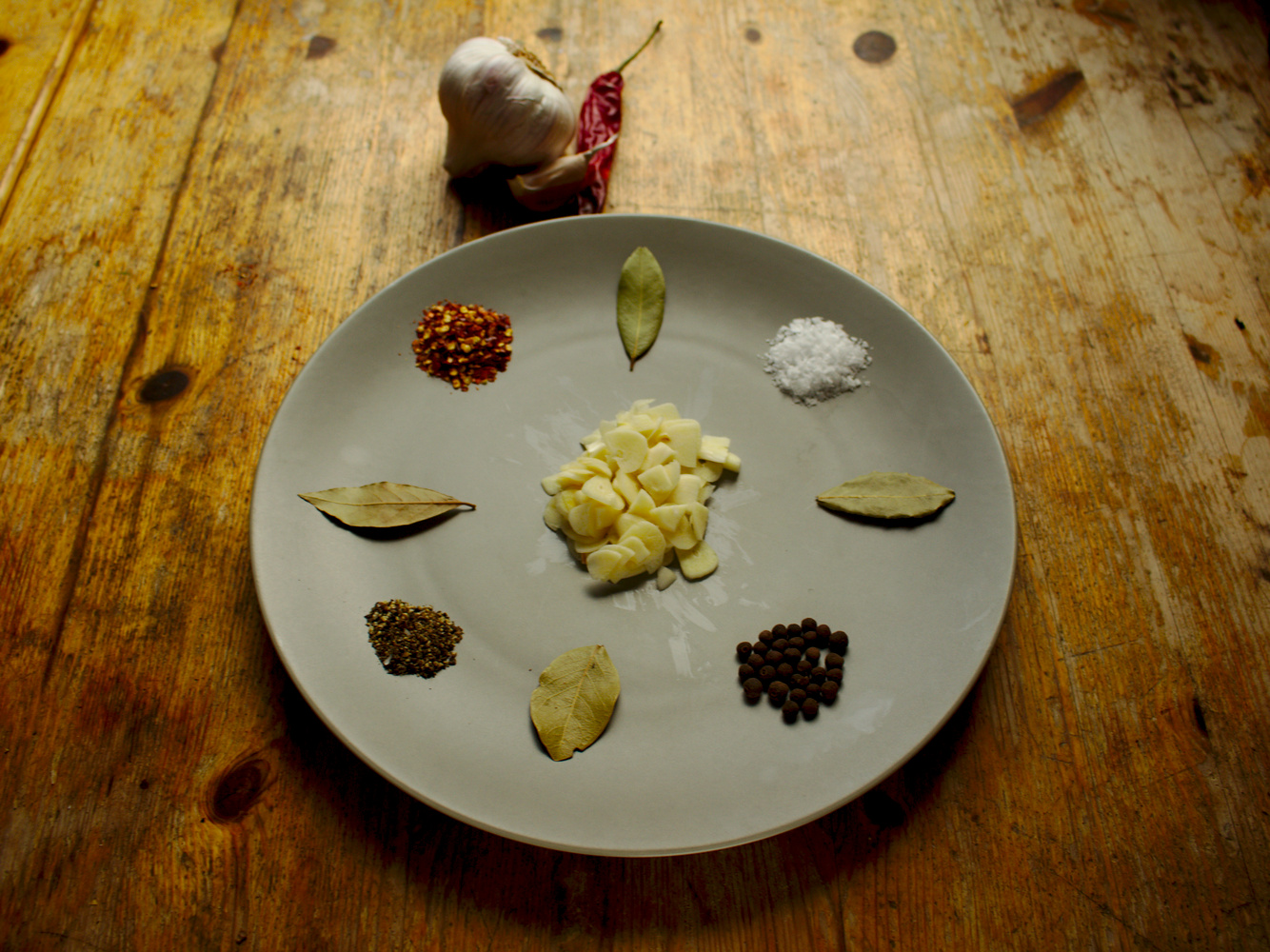 Salt, pepper, and garlic are the base to almost every Mediterranean recipe, and since I am a fan of spicy food, I also added chili flakes. The bay leaves and the allspice add a winter taste to the recipe. 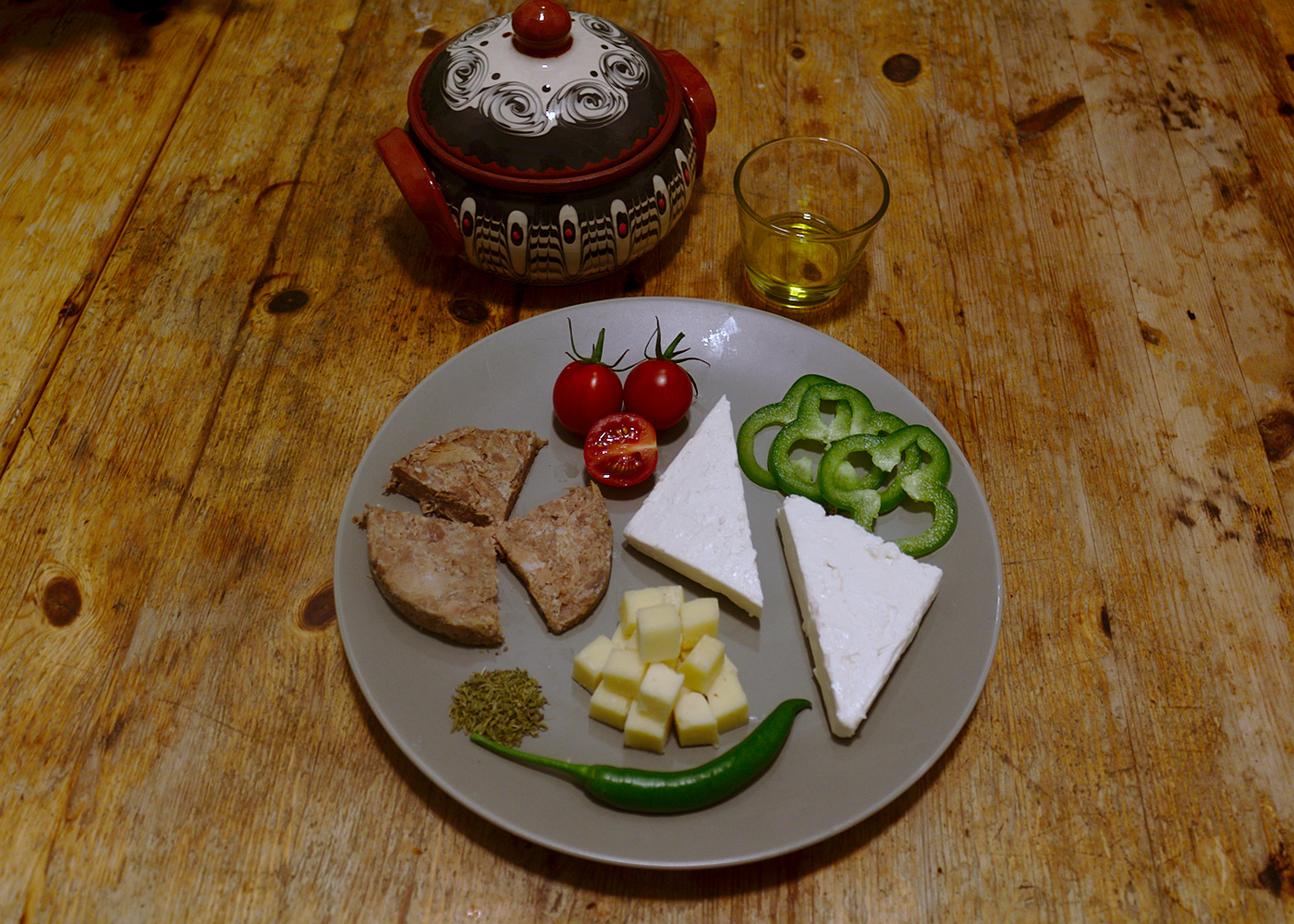 Kavourmas can be eaten as is straight from the fridge, but I like it much better when it is combined in another food. Some of my favorite combinations are:

A couple of years back while in a BBQ we made a variation of Bouyiourdi (a dish with melted cheeses, tomatoes, and peppers) with added kavourmas in it. The result was more tasty than we ever expected, so I give you the recipe for this beauty as well. 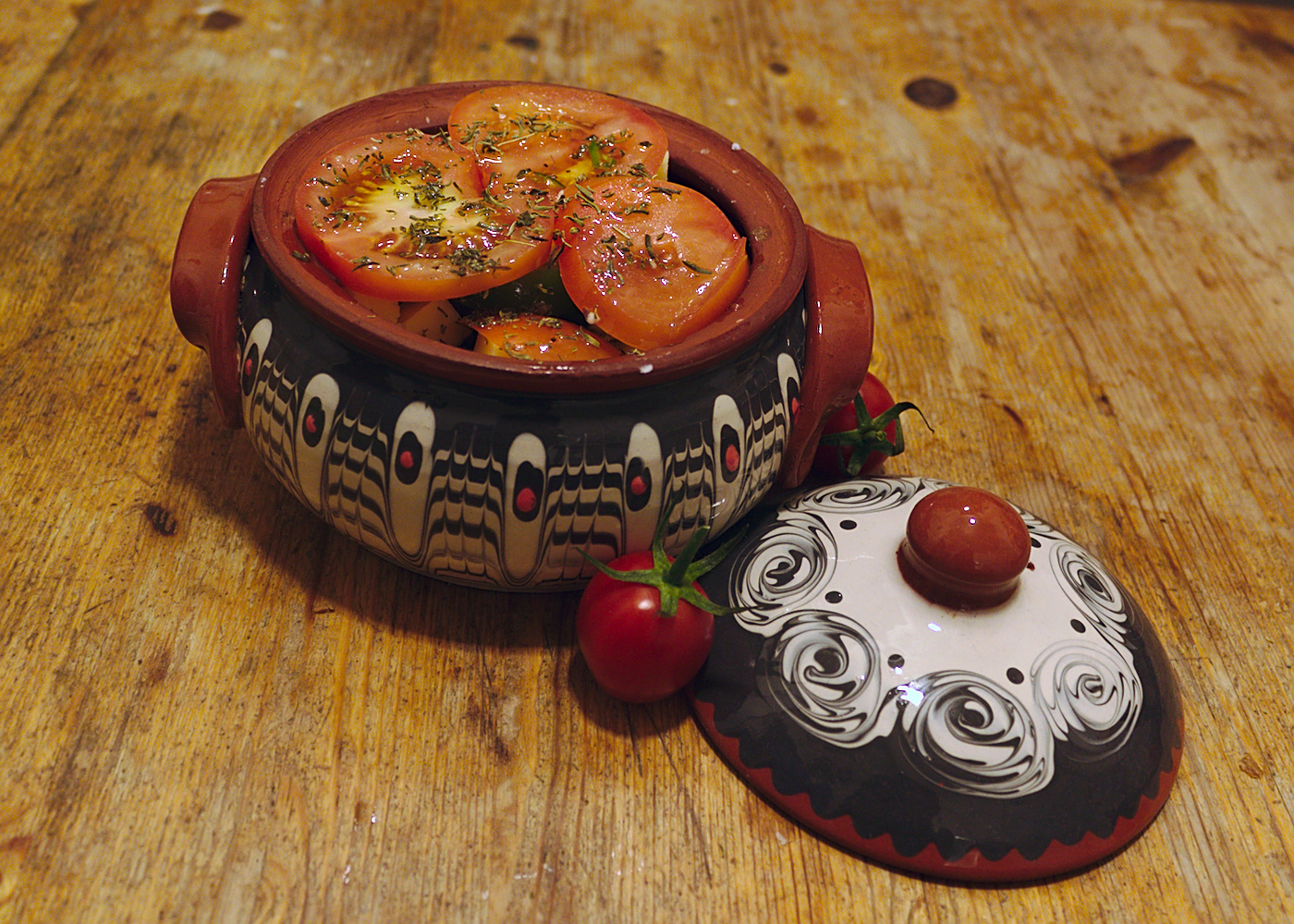